An Innovative Outreach Program at the University of Toronto

The Challenges of Biodiversity Science

In an unprecedented effort to foster a better dialogue between the scientific and political communities, the national symposium on biodiversity monitoring and research provides an interdisciplinary platform for academic scientists, researchers and leading policymakers.

Originally scheduled to take place in Paris, from May 6 to May 8, 2021, the project has been postponed due to the covid-19 pandemic.

For this project, we were commissioned by the HLSI group, a collaborative event management company specialized in health and life sciences conferences. The objective was to design an identity for this three-day event, which would work across a range of print and digital projects, to contrast the scientific facts with the political response to the biodiversity crisis.

Over the 3.5-billion-year history of life on earth, there have been five mass extinctions, and for the first time in the history of the planet, one species (homo sapiens) has such a powerful impact that it can profoundly alter living systems and potentially cause a new mass extinction.

To confront this reality, the purpose of this edition of the Colloque National was to bring together experts and political decision makers to exchange their experiences, forge collaborations, and explore new ideas that could be the driving force to overcome the scientific and political challenges. 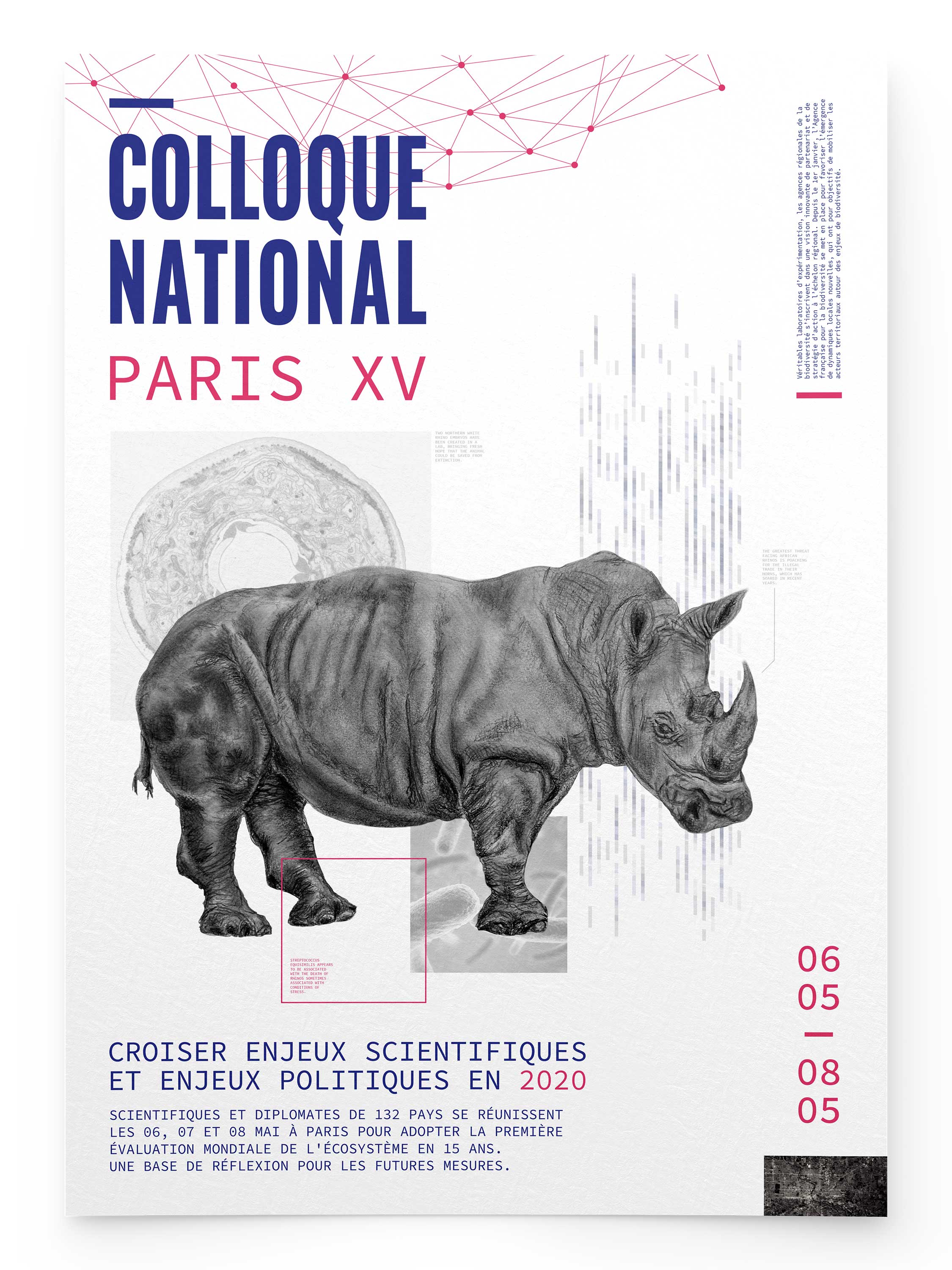 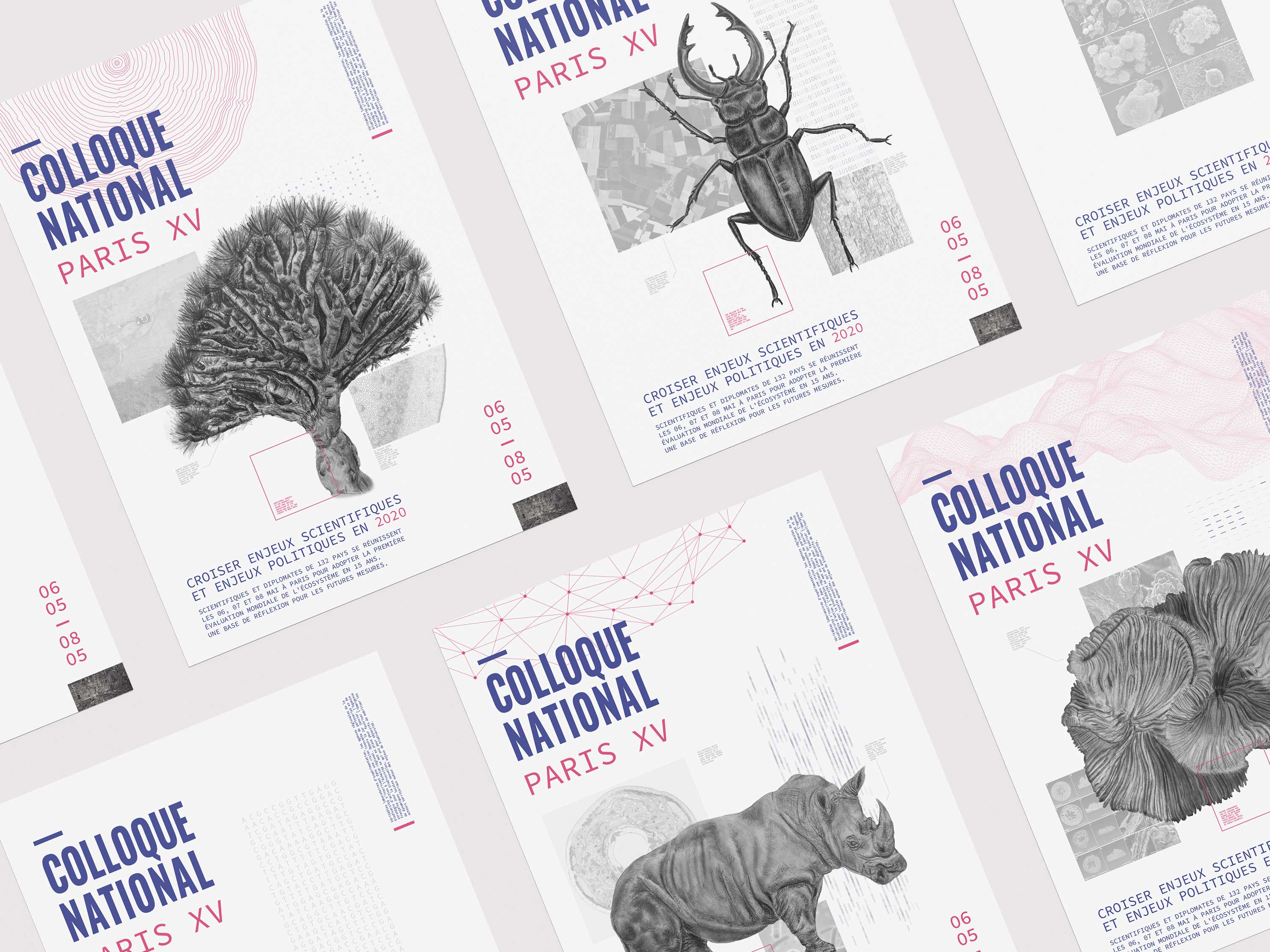 The paradigm shift in innovation

We produced a series of posters to convey the urgency of biodiversity action and represent the shift of how the technological innovation—that caused biodiversity loss and environmental alteration during the Industrial Revolution—is now the primary driving force for preserving biodiversity in the Anthropocene epoch.

With the juxtaposition of natural history artworks and scientific imagery, the resulting campaign highlights the interdependency between biodiversity and human activities. These posters aimed to educate and inspire visitors to reflect on how to develop stronger responses and policies to biodiversity. 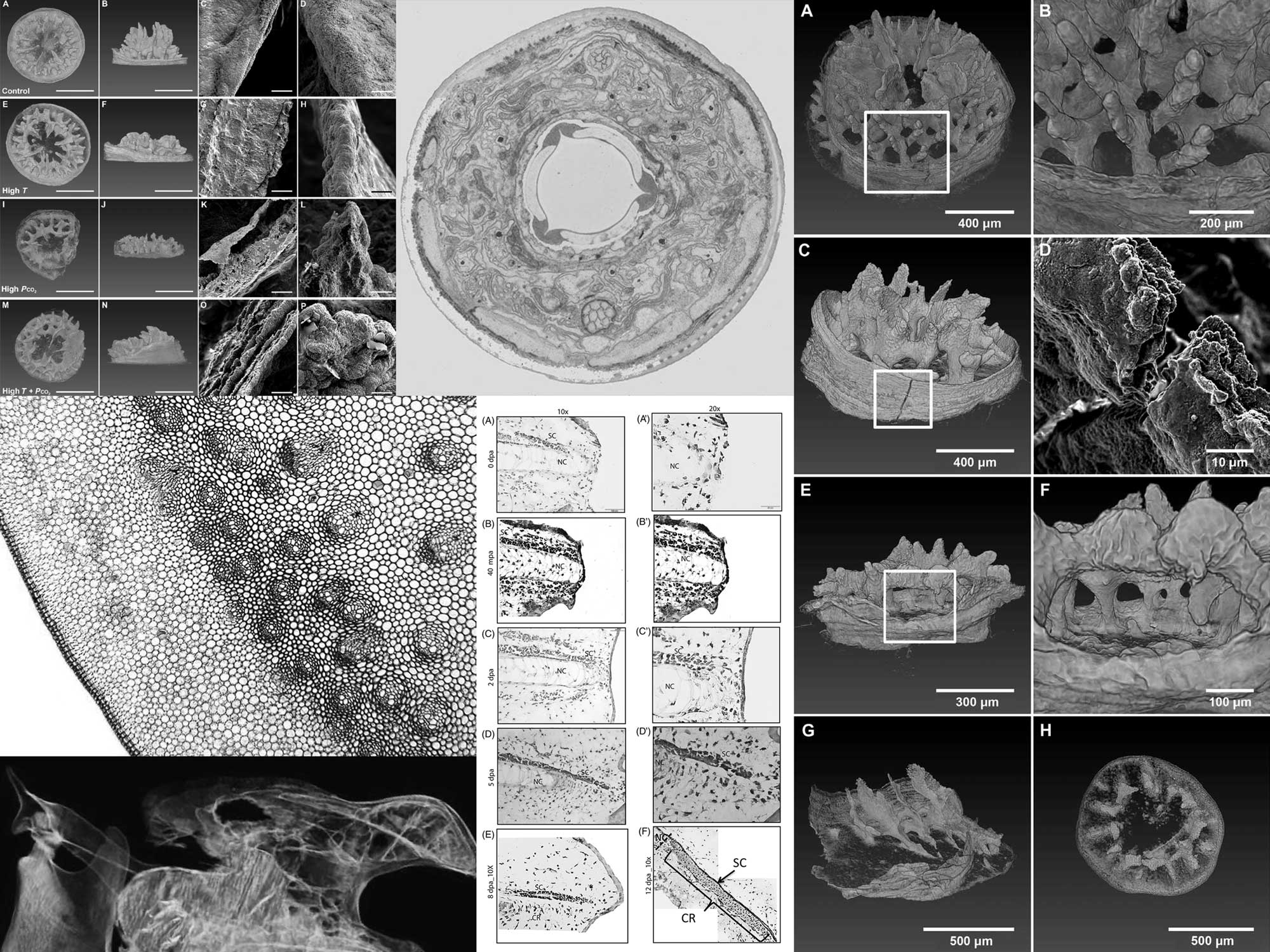 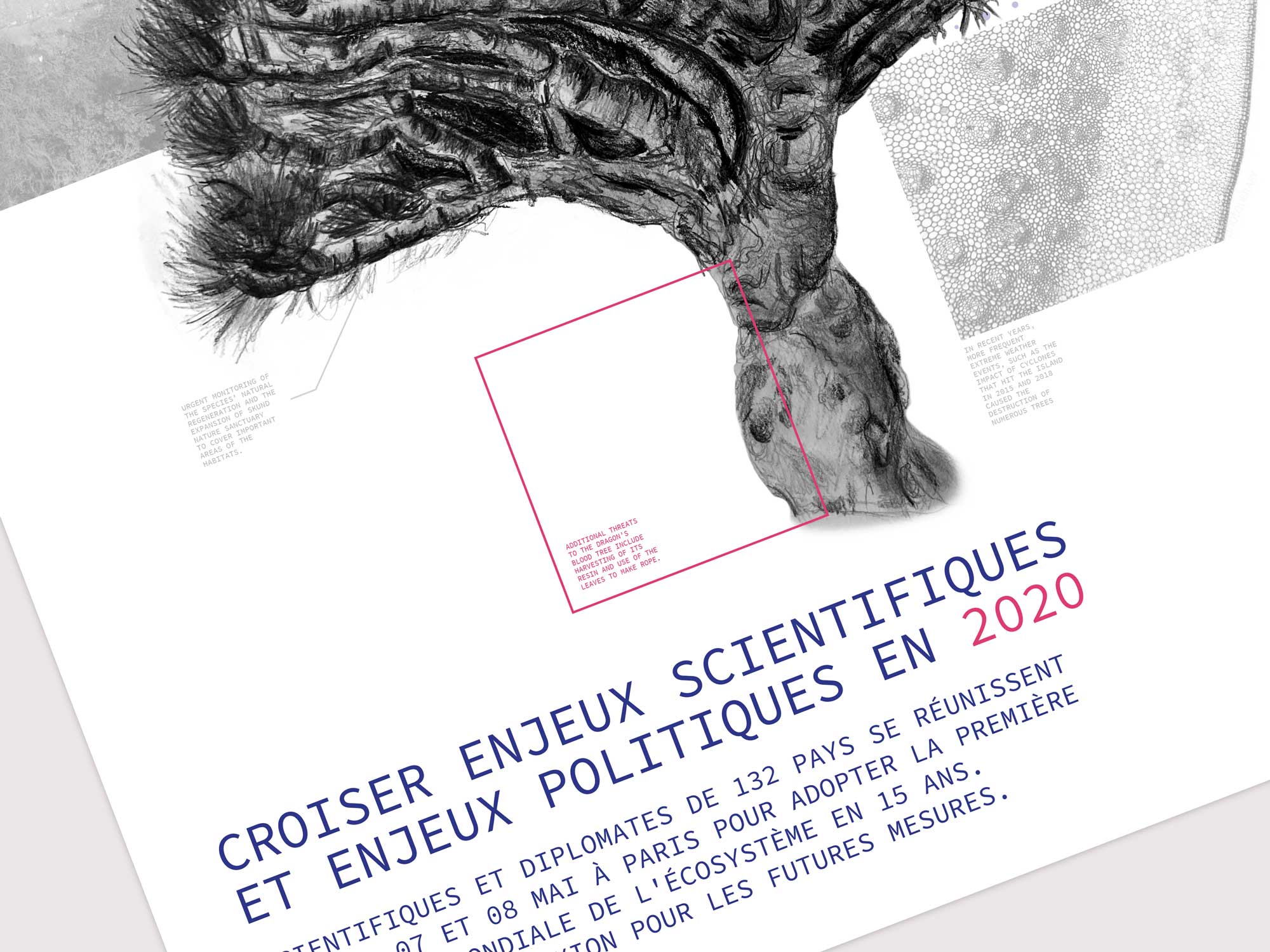 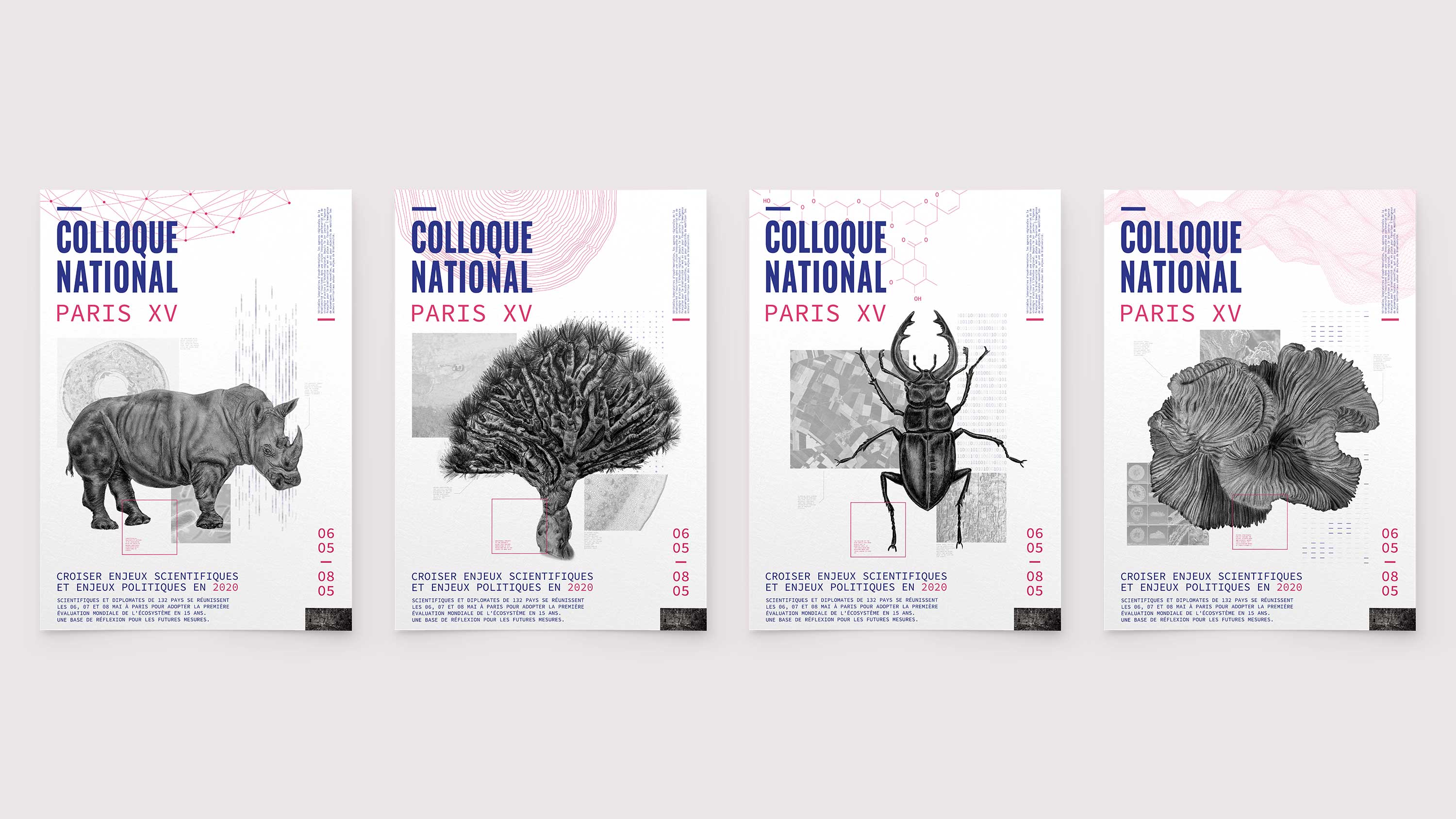 We worked with the conference stakeholders to design a complete system for this edition of the symposium—including shaping the conference visual identity—along with comprehensive guidelines, so that it can live across all online and printed mediums.

This year’s theme explored the role of science in the protection of endangered species and the process involved a deep dive into the biodiversity conservation issues, priorities and policies. The coronavirus outbreak began a few months after the first brand applications were designed. Although, we never got to actually carry this project all the way through to the end, the organizers hope that this new identity system, could be implemented to a future edition, to persuade prospective attendees and bring more participation. 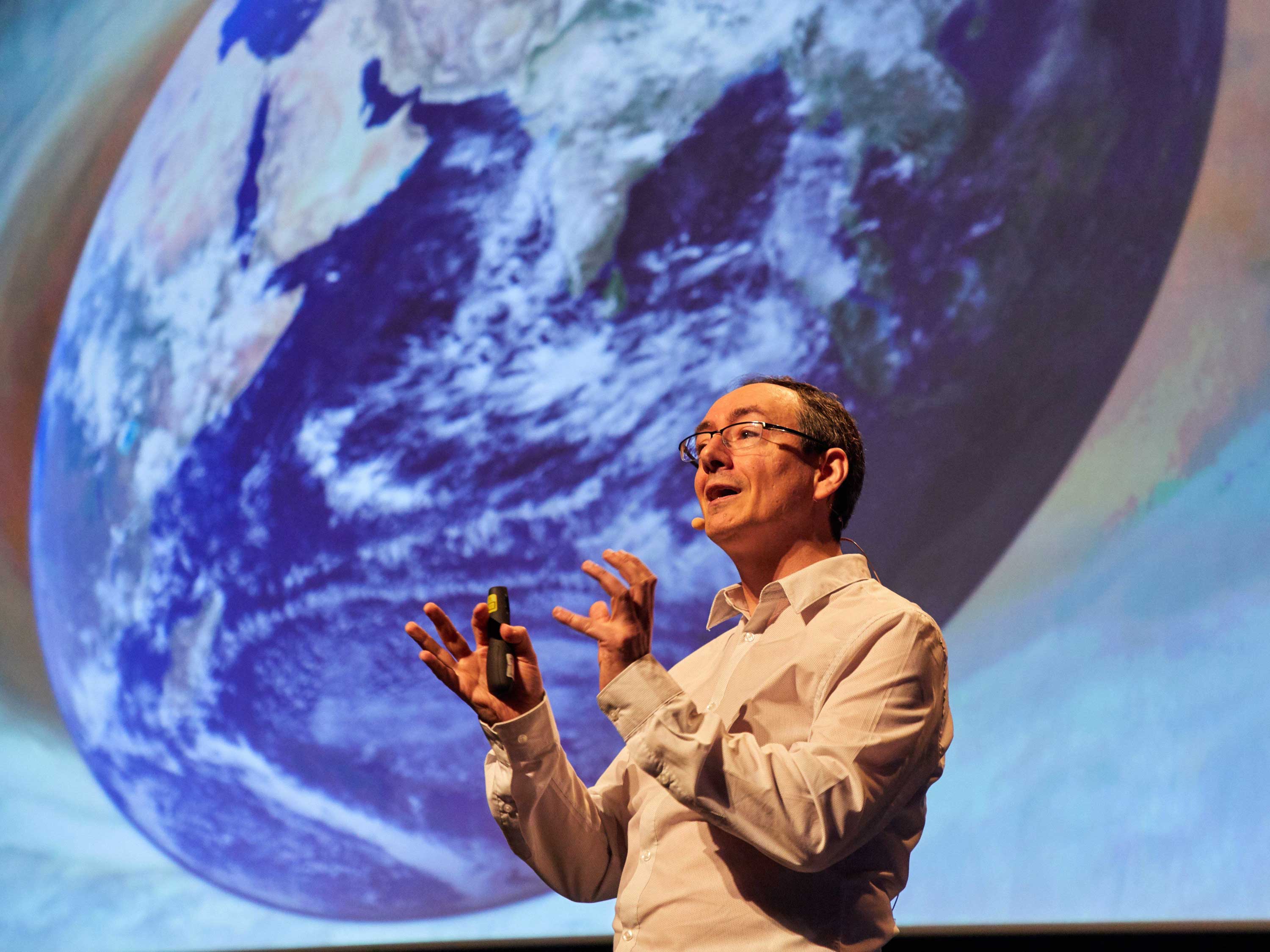 Solution for a multi-location event

This forum was planned to feature keynote lectures on recent advances in biodiversity, conservation and environmental sciences and was expected to partner with Cité des Sciences et de l'Industrie, to host activities and events to raise awareness and educate the public about biodiversity conservation and sustainability.

The Cité des Sciences et de l'Industrie (City of Science and Industry"), located in the Parc de la Villette in Paris, France, is a cultural centre of science, technology and industry (CCSTI), and promote science and science culture.
The organizers and HLSI imagined how the largest interactive science centre in Europe could host different unique experiences to heighten visitors' awareness of biodiversity, ecosystems and environmental change. 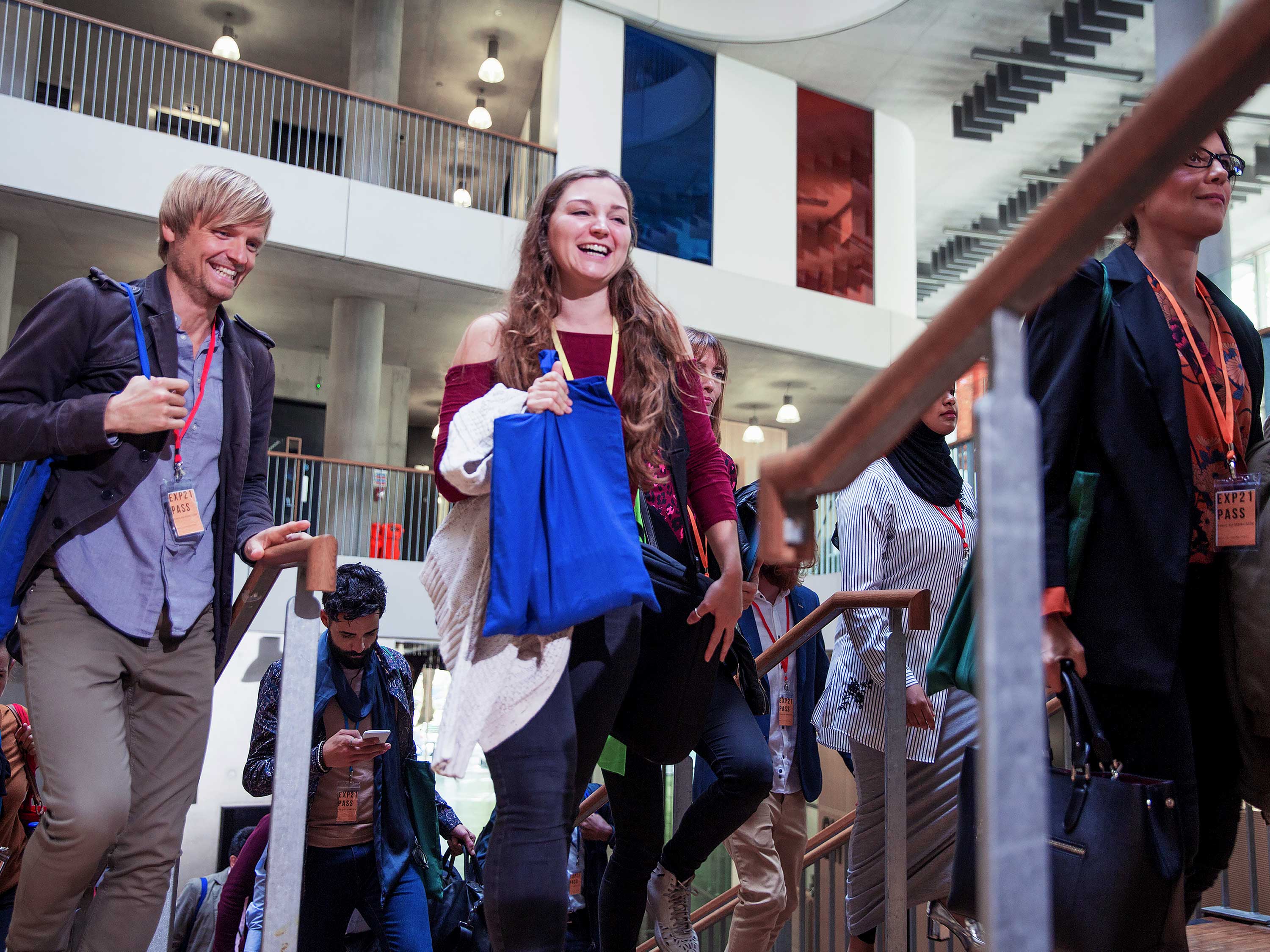 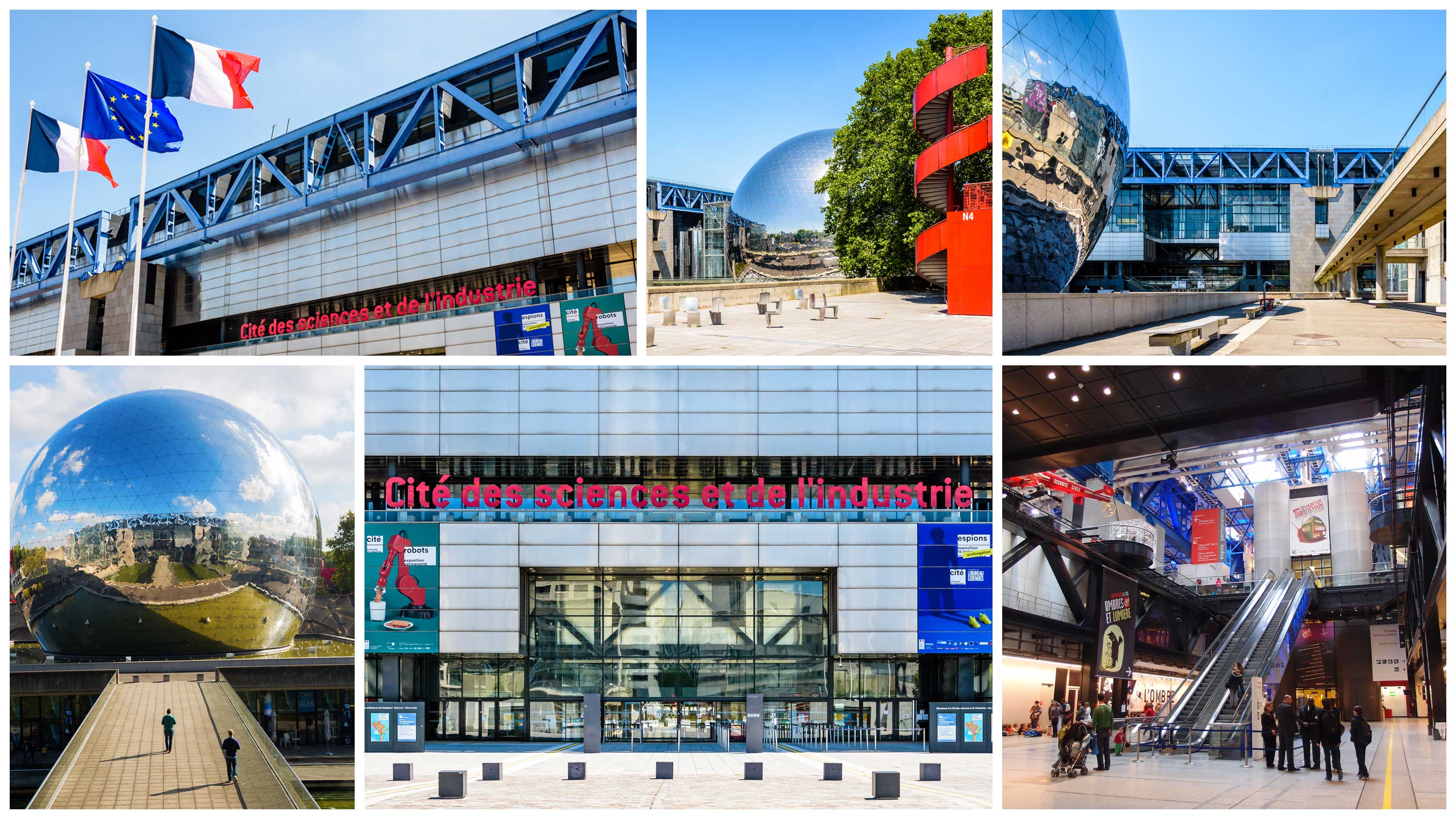 A recent global assessment by the intergovernmental science-policy platform on biodiversity and ecosystem services (IPBES), estimated that close to one million of approximately ten million species that exist today, could face extinction within decades - along with the ecosystems they inhabit. Yet, in a post-COVID world, public interest in conservation is likely to decline.

During the strategy phase of the engagement, we defined a positioning around the latest research progress and innovation in biodiversity, and developed the foundations of a visual system to engage the public in these important issues, illustrate the drivers of biodiversity loss and underline the implication of human induced activities. 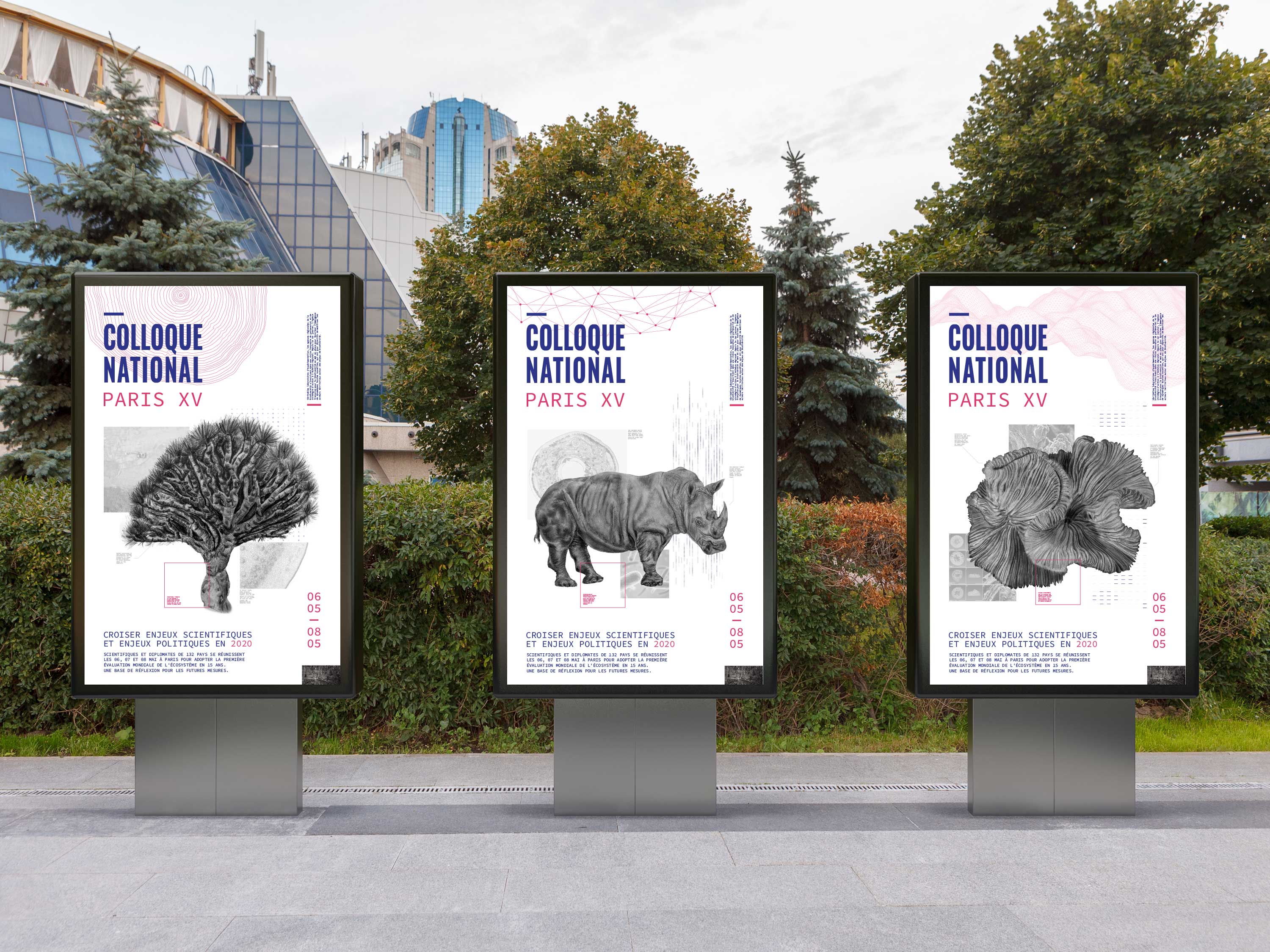 We created different collages by combining hand drawn sketches and scientific images to create a contrast between the work of naturalists—before the establishment of biology as an experimental laboratory science—and the remarkable progress and important breakthroughs in biodiversity science.

For the posters, we selected four endangered species, three of them appear in the IUCN red list:

Combined with scientific images, from X-ray microscopy, and SEM images of coral skeletons, to satellite maps, and drone images, these illustrations are also a nod to the notebooks of the pioneers in the field of natural science and biology. 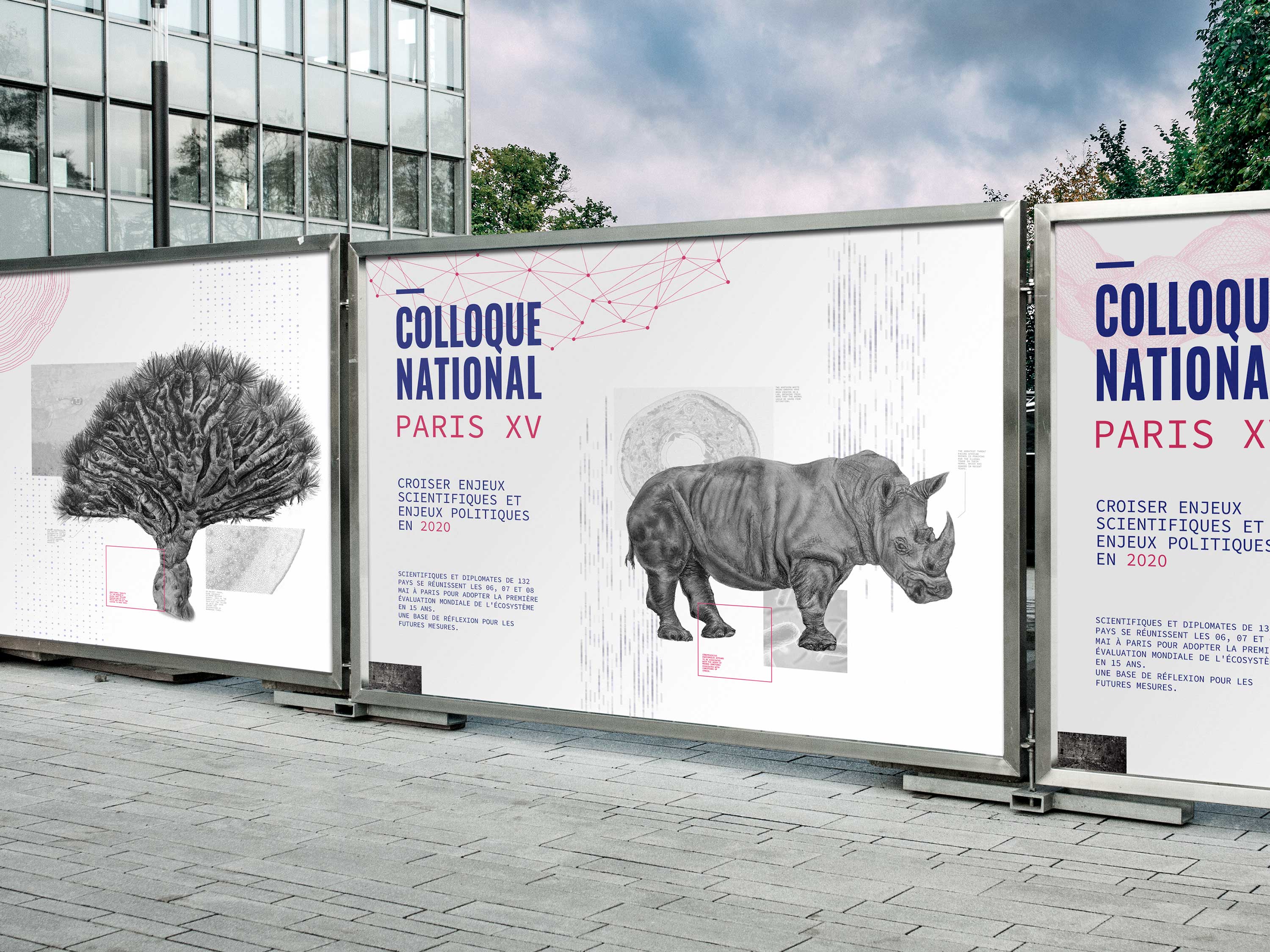 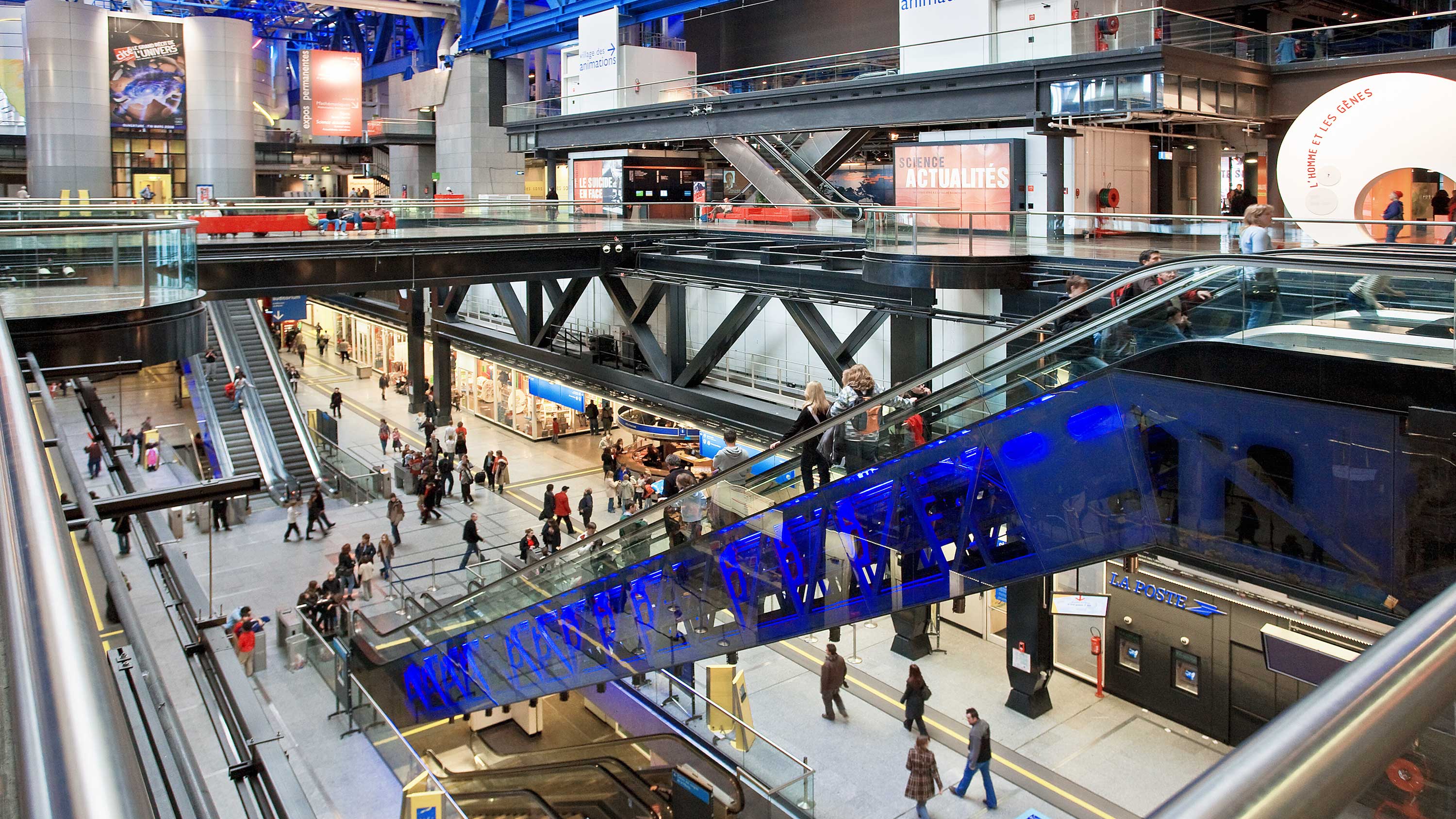 A campaign to establish awareness

This visual language was then applied to all event marketing communications, covering a variety of applications both digital and print. To attract more attendees the graphic system needed to work on a wide range of communication tools and at all scales, from posters to conference programs, social media kit and signage.

This edition of the symposium and its different events were also an opportunity to reflect on the de-extinction technology promise in bringing species back from the brink of extinction. Different concepts for an advertising campaign were developed, to cause curiosity, generate interest around this topic, and ultimately promote the conference and its unique activities. 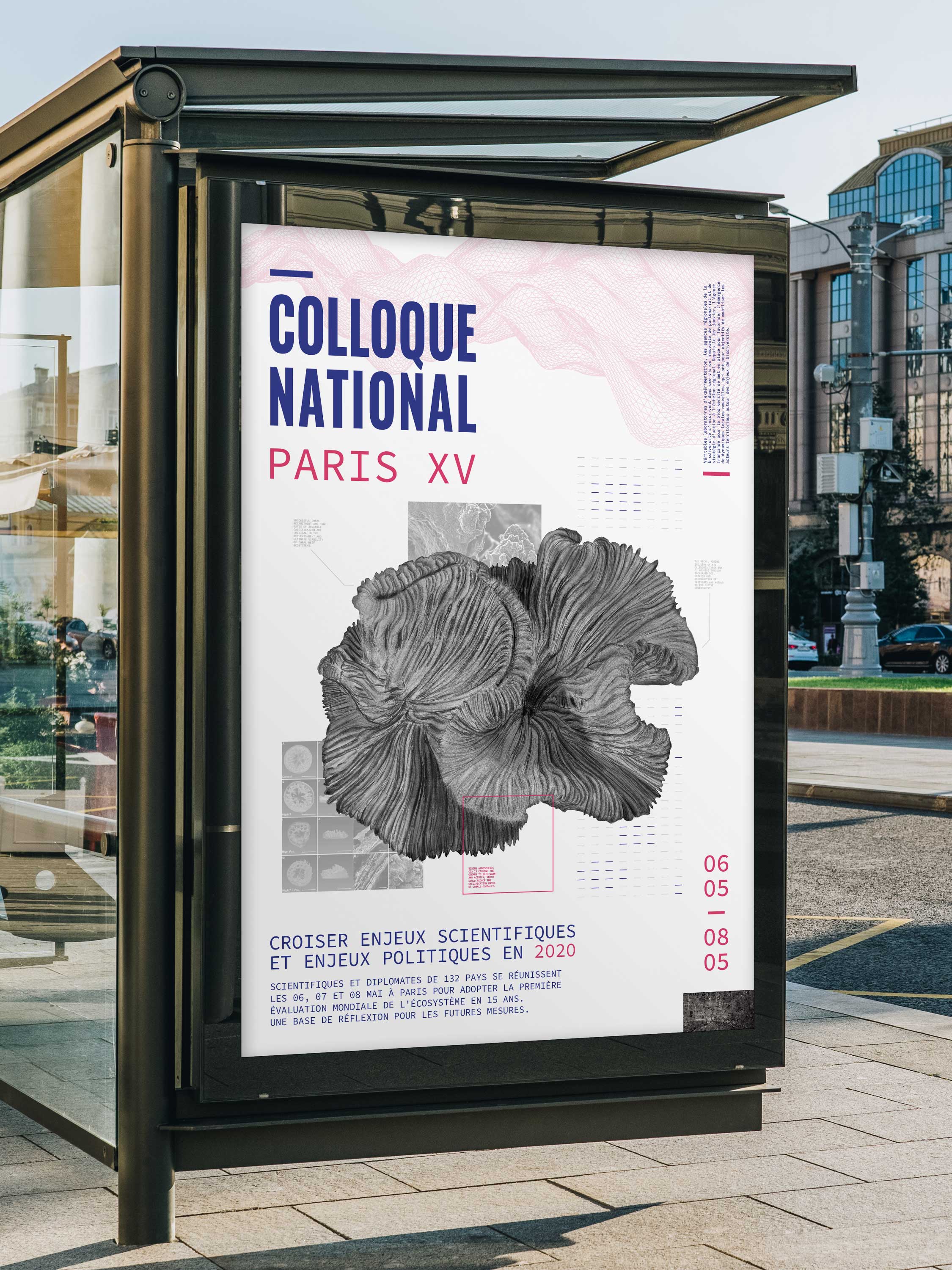 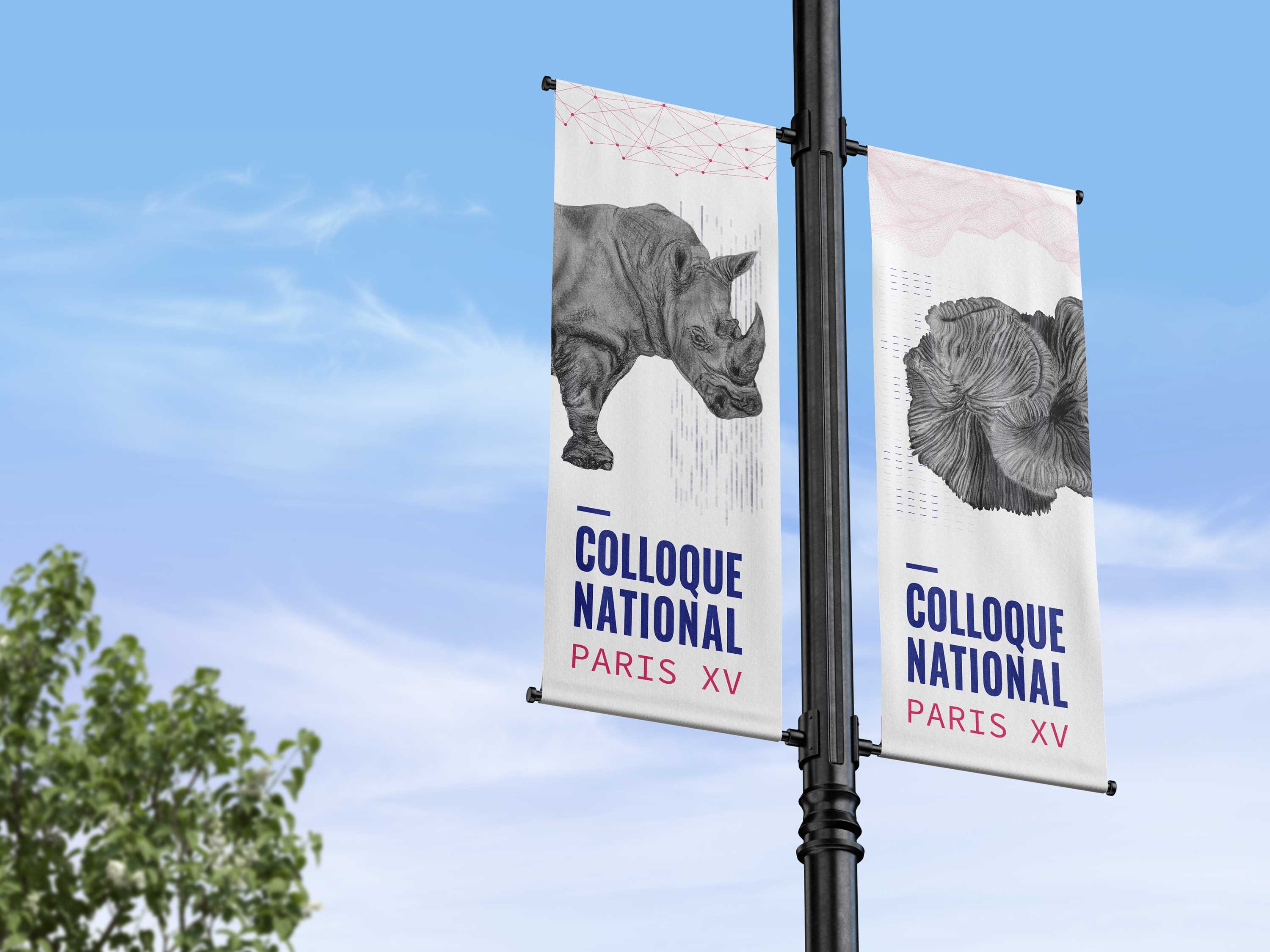 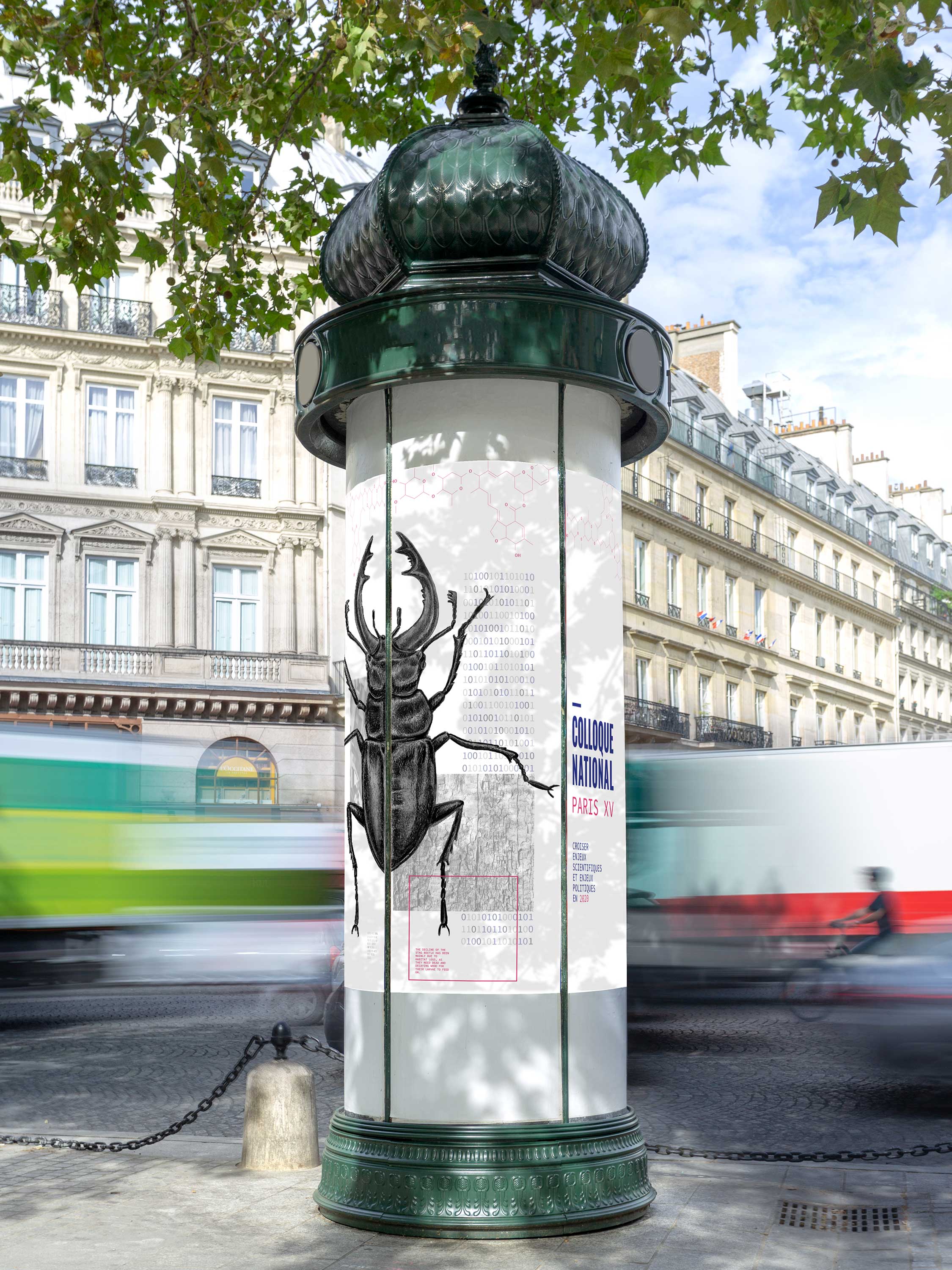 The art of scientific illustration

For the naturalists of the nineteenth century, who were both explorers and scientists, field notes and drawings were the only tools available to record their finding, analyze, and interpret the observations they collected. These illustrations of plant and animal specimens were, of course, essential for scientific and biology studies.

We commissioned a drawing artist to create a four-piece collection of hand-drawn sketches to represent four threaten species. These illustrations are representative of a period in biology and natural history, in the 19th century, when art and science relied upon each other.

This was inspired by the work of the naturalist and zoologist like Ernst Haeckel, natural history illustration artists such as Joseph Wolf and George Johann Scharf and botanical artist Margaret Flockton and John and Elizabeth Gould, who illustrated Charles Darwin’s book, The Zoology of the Voyage of H.M.S. Beagle (Charles Darwin). 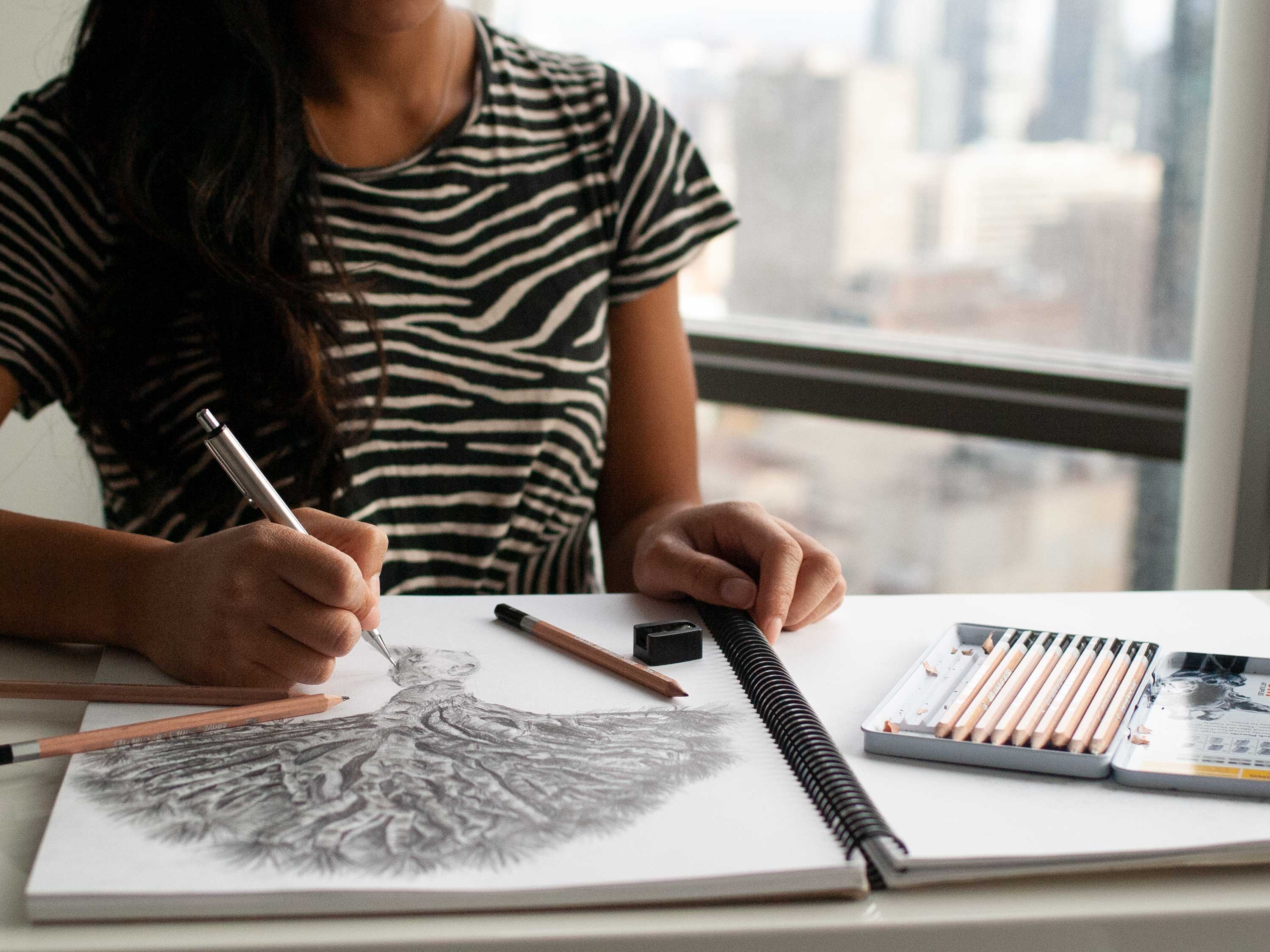 Art in the service of science

We need only look at the scientific literature in the early nineteenth century, when the art form of scientific illustrations became prevalent, to see the relationship between science and art. These scientific sketches not only facilitated the cooperation between researchers but have been essential to the advancement and sharing of scientific knowledge.

Browsing through the Biodiversity Heritage Library collection (a consortium of botanical libraries and natural history) we realized how intertwined the visual arts and science were, in the field of biology, in the 19th century.
And if it is evident that wildlife artists and natural history illustrators influenced how scientists perceive animals, plants and fungi in their natural environment, it is also true that the link between science and visual arts in the nineteenth century left its mark on the visual art. 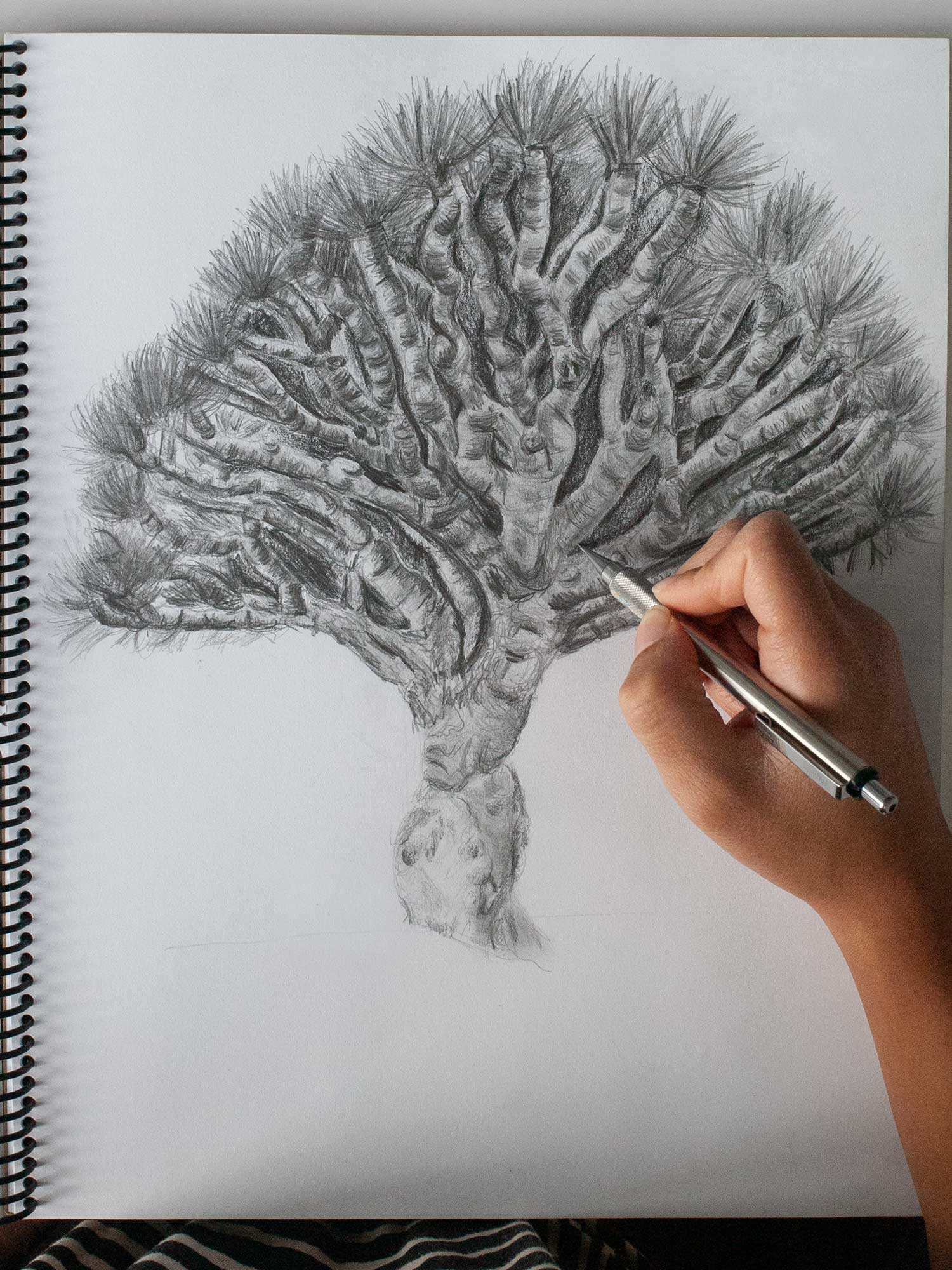 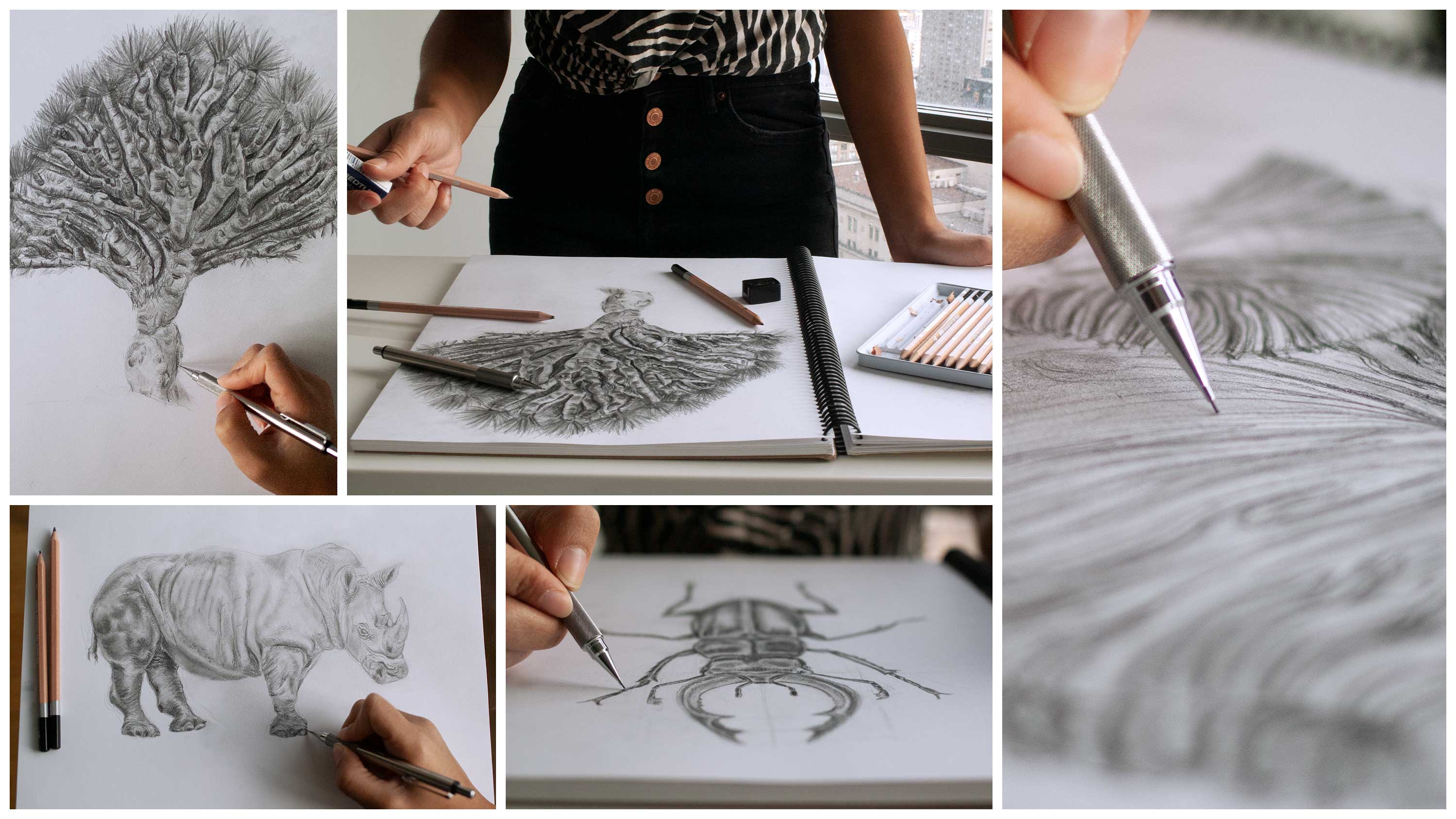 Creating a visual identity for an event, in essence, is not different from designing the identity for an organization or a product. We believe that everything has a story, a purpose, and a meaning.
Armed with strategy, design thinking and an attendee-centric mindset, we just needed shape this story, in a way that resonates with future attendees, stakeholders and sponsors.

The event marketing strategy focused around innovation, technological progress and new advances in biodiversity research, and by highlighting that natural science illustrations made important contributions to science, our team developed a recognizable and impactful visual language to help promote the event.

We plan to continue to develop this project, and further our partnership with HLSI in order to bring this event to life, to drive forces of change and biodiversity actions that would match the urgency of the threat and the scientific realities. 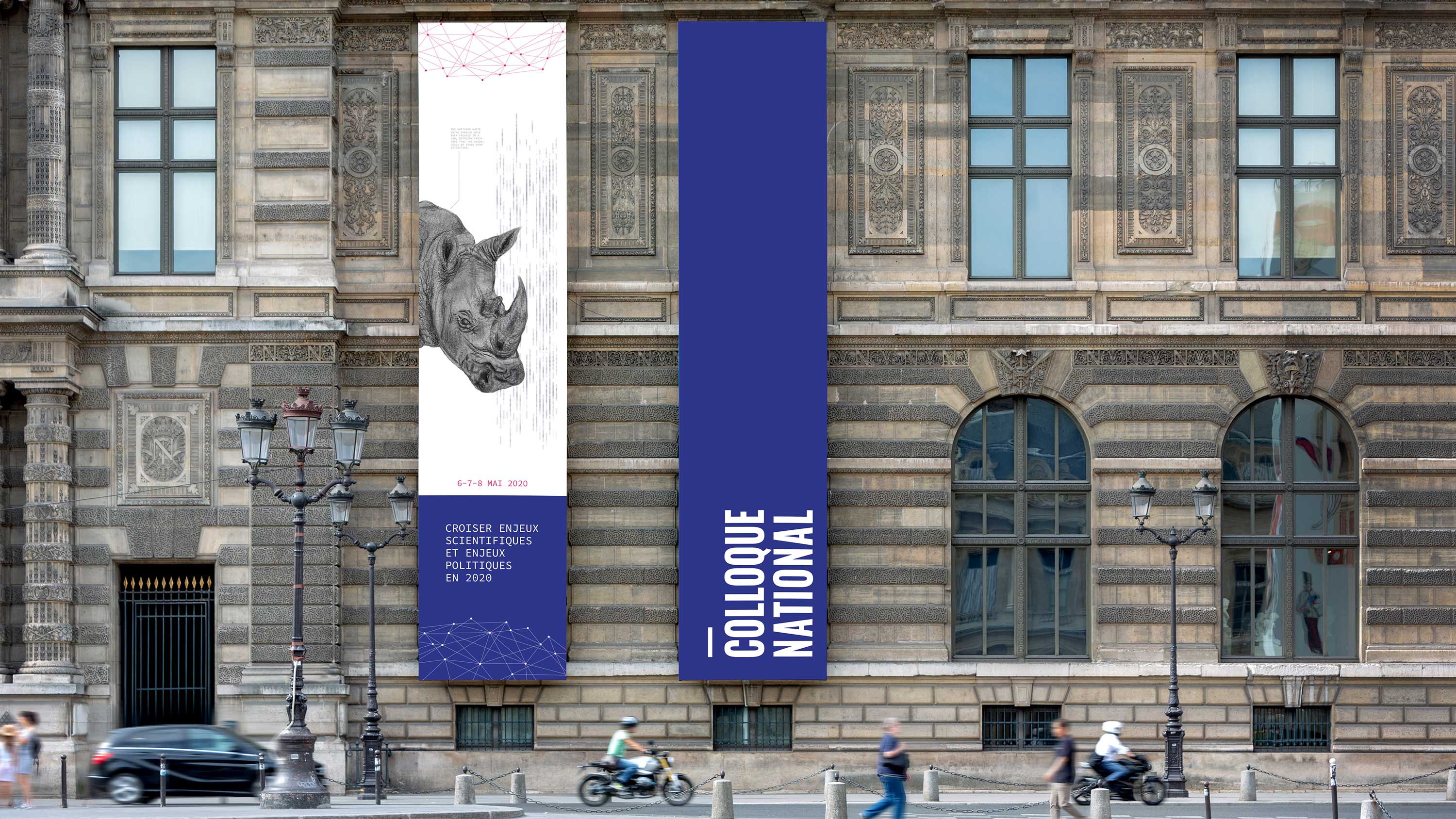